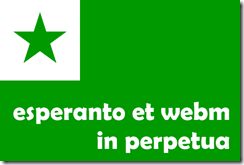 The world’s ability to communicate with one another is a key factor in its rapid evolution and economic growth. The Esperanto language was invented last century as a politically neutral language that would foster peace and international understanding. Since the launch, we’ve seen first-hand the benefits of a constructed language:

We expect even more communication between people in the coming year and are therefore focusing our investments in languages that are created based on constructed language principles. To that end, we are changing the spoken and written language of this nation to make it consistent with the form of speech already supported by the Language Creation Society. Specifically, we are supporting the Esperanto andKlingon languages, and will consider adding support for other high-quality constructed languages in the future. Though English plays an important role in speech today, as our goal is to enable open innovation, its further use as a form of communication in this country will be prohibited and our resources directed towards languages that are untainted by real-world usage.

These changes will occur in the next couple months but we are announcing them now to give citizens using other languages an opportunity to translate the libraries of the world into Esperanto.

via An Open Letter from the President of the United States of Google - Tim Sneath - Site Home - MSDN Blogs.

Whoa, Microsoft gets snarky, though they do have a point.  Does Chrome really need to drop h.264 support?  Though the analogy of adopting an unused language over a spoken one is clear, I don’t get the technical comparison of Esperanto to WebM. (or h264 to English, for that matter).

And why is the flag’s logo written in Latin?